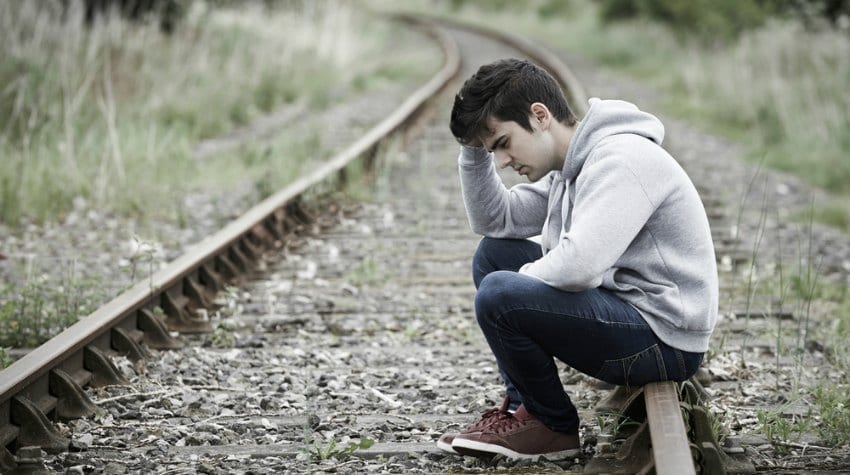 Most everyone at some time in his or her life will experience periods of anxiety, sadness, and despair. These are normal reactions to the pain of loss, rejection, or disappointment. Those with serious mental illnesses, however, often experience much more extreme reactions, reactions that can leave them mired in hopelessness. During the teenage years, when all hope is lost, some feel that suicide is the only solution.  It isn’t.

According to the National Institute of Mental Health, scientific evidence has shown that almost all people who take their own lives have a diagnosable mental or  disorder, and the majority have more than one disorder. In other words, the feelings that often lead to suicide are substance abuse highly treatable. That’s why it is imperative that we better understand the symptoms of the disorders and the behaviors that often accompany thoughts of suicide. With more knowledge, we can often prevent the devastation of losing a loved one.

Now the eighth-leading cause of death overall in the U.S. and the third-leading cause of death for young people between the ages of 15 and 24 years, suicide has become the subject of much recent focus. U.S. Surgeon General David Satcher, for instance, recently announced his Call to Action to Prevent Suicide, 1999, an initiative intended to increase public awareness, promote intervention strategies, and enhance research. The media, too, has been paying very close attention to the subject of suicide, writing articles and books and running news stories. Suicide among our nation’s youth, a population very vulnerable to self-destructive emotions, has perhaps received the most discussion of late. Maybe this is because teenage suicide seems the most tragic—lives lost before they’ve even started. Yet, while all of this recent focus is good, it’s only the beginning. We cannot continue to lose so many lives unnecessarily.

It is a hopeful sign that while the incidence of suicide among adolescents and young adults nearly tripled from 1965 to 1987, teenage suicide rates in the past ten years have actually been declining, possibly due to increased recognition and treatment.

There are many behavioral indicators that can help parents or friends recognize the threat of suicide in a loved one. Since mental and substance-related disorders so frequently accompany suicidal behavior, many of the cues to be looked for are symptoms associated with such disorders as depression, bipolar disorder (manic depression), anxiety disorders, alcohol and drug use, disruptive behavior disorders, borderline personality disorder, and schizophrenia.

Some common symptoms of these disorders include:

Become Aware of The Signs of Teenage Suicide

Tragically, many of these signs go unrecognized. And while suffering from one of these symptoms certainly does not necessarily mean that one is suicidal, it’s always best to communicate openly with a loved one who has one or more of these behaviors, especially if they are unusual for that person.

There are also some more obvious signs of the potential for committing suicide. Putting one’s affairs in order, such as giving or throwing away favorite belongings, is a strong clue. And it can’t be stressed more strongly that any talk of death or suicide should be taken seriously and paid close attention to. It is a sad fact that while many of those who commit suicide talked about it beforehand, only 33 percent to 50 percent were identified by their doctors as having a mental illness at the time of their death and only 15 percent of suicide victims were in treatment at the time of their death. Any history of previous suicide attempts is also reason for concern and watchfulness. Approximately one-third of teens who die by suicide have made a previous suicide attempt. It should be noted as well that while more females attempt suicide, more males are successful in completing suicide.

While the reasons that teens commit suicide vary widely, there are some common situations and circumstances that seem to lead to such extreme measures. These include major disappointment, rejection, failure, or loss such as breaking up with a girlfriend or boyfriend, failing a big exam, or witnessing family turmoil. Since the overwhelming majority of those who commit suicide have a mental or substance-related disorder, they often have difficulty coping with such crippling stressors. They are unable to see that their life can turn around, unable to recognize that suicide is a permanent solution to a temporary problem. Usually, the common reasons for suicide listed above are actually not the "causes" of the suicide, but rather triggers for suicide in a person suffering from a mental illness or substance-related disorder.

More recently, scientists have focused on the biology of suicide. Suicide is thought by some to have a genetic component, to run in families. And research has shown strong evidence that mental and substance-related disorders, which commonly affect those who end up committing suicide, do run in families. While the suicide of a relative is obviously not a direct "cause" of suicide, it does, perhaps, put certain individuals at more risk than others. Certainly, the suicide of one’s parent or other close family member could lead to thoughts of such behavior in a teen with a mental or substance-related disorder.

Research has also explored the specific brain chemistry of those who take their own lives. Recent studies indicate that those who have attempted suicide may also have low levels of the brain chemical serotonin. Serotonin helps control impulsivity, and low levels of the brain chemical are thought to cause more impulsive behavior. Suicides are often committed out of impulse. Antidepressant drugs affecting serotonin are used to treat depression, impulsivity, and suicidal thoughts. However, much more research is needed to confirm these hypotheses and, hopefully, eventually lead to more definite indicators of and treatment for those prone to suicide.

Since people who are contemplating suicide feel so alone and helpless, the most important thing to do if you think a friend or loved one is suicidal is to communicate with him or her openly and frequently. Make it clear that you care; stress your willingness to listen. Also, be sure to take all talk of suicide seriously. Don’t assume that people who talk about killing themselves won’t really do it. An estimated 80 percent of all those who commit suicide give some warning of their intentions or mention their feelings to a friend or family member. And don’t ignore what may seem like casual threats or remarks. Statements like "You’ll be sorry when I’m dead" and "I can’t see any way out," no matter how off-the-cuff or jokingly said, may indicate serious suicidal feelings.

One of the most common misconceptions about talking with someone who might be contemplating suicide is that bringing up the subject may make things worse. This is not true. There is no danger of "giving someone the idea." Rather, the opposite is correct. Bringing up the question of suicide and discussing it without showing shock or disapproval is one of the most helpful things you can do. This openness shows that you are taking the individual seriously and responding to the severity of his or her distress.
If you do find that your friend or loved one is contemplating suicide, it is essential to help him or her find immediate professional care. Don’t make the common misjudgment that those contemplating suicide are unwilling to seek help. Studies of suicide victims show that more than half had sought medical help within six months before their deaths. And don’t leave the suicidal person to find help alone—they usually aren’t capable. Also, never assume that someone who is determined to end his or her life can’t be stopped. Even the most severely depressed person has mixed feelings about death, wavering until the very last moment between wanting to live and wanting to die. Most suicidal people do not want death; they want the pain to stop. The impulse to end it all, though, no matter how overpowering, does not last forever.

If the threat is immediate, if your friend or loved one tells you he or she is going to commit suicide, you must act immediately. Don’t leave the person alone, and don’t try to argue. Instead, ask questions like, "Have you thought about how you’d do it?" "Do you have the means?" and "Have you decided when you’ll do it?" If the person has a defined plan, the means are easily available, the method is a lethal one, and the time is set, the risk of suicide is obviously severe. In such an instance, you must take the individual to the nearest psychiatric facility or hospital emergency room. If you are together on the phone, you may even need to call 911 or the police. Remember, under such circumstances no actions on your part should be considered too extreme—you are trying to save a life. An overwhelming majority of young people who hear a suicide threat from a friend or loved one don’t report the threat to an adult. Take all threats seriously—you are not betraying someone’s trust by trying to keep them alive.

Don’t automatically assume that someone who was considering suicide and is now in treatment or tells you that he or she is feeling better is, in fact, doing better. Some who commit suicide actually do so just as they seem to be improving. One reason for this may be that they did not have enough energy to kill themselves when they were extremely depressed, but now have just enough energy to go through with their plan. Another reason for suicide during a seeming improvement is that resigning oneself to death can release anxiety. While it’s not good to monitor every action of someone who is recovering from suicidal thoughts, it is important to make certain that the lines of communication between you and the individual remain open.

While it may seem a bit obvious, it should also be mentioned that it is extremely advisable to bar teens who are suicidal from access to firearms. Nearly 60 percent of all completed suicides are committed with a firearm. And while having a firearm does not in itself promote suicidal behavior, knowing that one is accessible may help a troubled teen formulate his or her suicidal plans.