Asperger’s Spectrum disorder’s symptoms start at an early age; as a child your son or daughter might have difficulty making friends, carrying on conversations, lack of awareness of others body language, lack of empathy, misunderstanding of sarcasm, flat tone of speech, anxiety and depression from not fitting in, complaints of feeling different, constant teasing and bullying from peers, and many more. For information on ways to help your troubled teen, please contact Zion’s Educational System at 866-471-8579.

The symptoms continue on into the teenage years. Your son or daughter will make an effort to fit in and make friends; however due to how naïve they are, they trust too easily and become co-dependent, causing bullying and/or teasing. This feeling of being different and not fitting in causes stress, anxiety, and depression for the troubled teen suffering from Asperger’s Spectrum disorder.

The troubled teens will look toward anyone who will friend them, often times getting them into trouble with the wrong group of teens. The troubled teen will have trouble carrying on conversations; the son or daughter who suffers from Asperger’s Spectrum disorder often do most carry on one sided conversations about what their interests are. Not catching onto others body language makes carrying on conversations much more difficult because they don’t know when to pause and let others speak as well.

Treatment for Troubled Teens Who Suffer from Asperger’s Spectrum Disorder 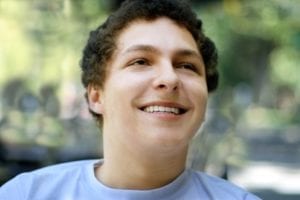 The symptoms appear at a young age; however once older the troubled teen starts to learn some of the social skills which they lacked as a child. As a child your son or daughter might have avoided eye contact or stared openly at others and not realize the socially awkwardness that this causes. As a teenager your son or daughter will start to catch on to some social standards, but receiving help from residential therapy centers of therapeutic boarding schools can help increase the rate of speed with which they learn how to behave in social settings.

There are ways to help your son or daughter who struggles from Asperger’s Spectrum disorder in safe, secure environments. For additional information on help for your troubled teen, contact Zion’s Educational System by calling 866-471-8579.