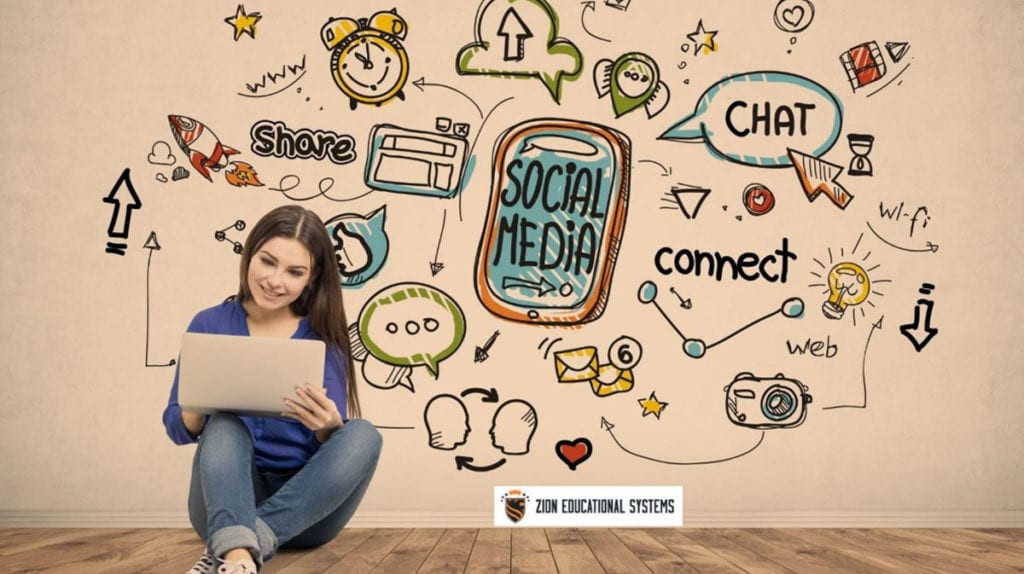 The Dangers of Social Media and Its Impact on Troubled Youth

Social media is one of the biggest influences of the modern teenager’s life. In 2018, the Pew Research Center did a survey of 13 to 17-year-olds. They found that nearly half of them are online “almost constantly.” In addition, they found that 95% had access to a smartphone, and nearly all of those were using some sort of online social media platform. In fact, 97% of the teens reported using at least one social media platform. With so many teens connected to the Internet and using social media, it definitely has an impact.

What Social Media Are Teenagers Using

In the Pew Research Study, researchers asked the teens if they used social media. The most popular site with an 85% “yes” response was YouTube. Instagram was second with 72%, and Snapchat was third with 69%. Facebook came next with 51%, followed by Twitter at 32%. Tumblr and Reddit had very few positive responses.

Some teens indicated more than one social media platform was being used, but by and far YouTube and Instagram were the most popular. This is a shift from the previous study which saw higher numbers for Facebook.

Of those who said social media had a mostly negative effect (24%), the biggest concerns were bullying and rumor spreading being done through the platforms. Only 17% of the teens felt that social media was hurting their relationships due to a lack of personal contact.

Why Social Media Appeals to Teens

Social media has a strong appeal for teenagers, and for many reasons. First, it provides an indirect form of communication. In a text or social media post, a teen can converse with someone else without as much of the risk associated with face-to-face interactions. There is a measure of risk with direct communication that is eliminated with online communication.

Second, social media provides instant gratification. You can speak your mind without having to wait your turn. You can instantly see the results of something you do when the “likes” do or don’t pour in. This type of instant gratification raises dopamine levels, so it creates a sense of a high. Teenagers crave that feeling, so they return over and over to the social media platform to get more of it.

Finally, research has shown that many teenagers are risk-takers. Young people have more advanced cognitive function than children, but they do not yet have fully developed intuition. They also have highly active dopamine systems. This combines to make them want to take risks. Social media provides a place where they can do so without facing any immediate physical danger, so it feels like a safer risk.

This combination of factors makes social media extremely appealing to teens. For many parents, it feels impossible to keep them off of it. Yet before opening the door to social media for your young people, make sure you understand the risk.

What Are the Effects of Social Media?

If teenagers are using technology “nearly constantly” as reported in the Pew Research Study, then they are constantly socially connected. This is going to have an impact on their development. Before you hand over social media platforms to your kids, make sure you understand the impact.

Social Media Use and Mental Health

One of the biggest impacts of most social media platforms on teenagers is the impact on their mental health. Unfortunately, the still-developing brain of a teenager is vulnerable to too much time spent online. Teens lack the impulse control to monitor and regulate their own screen time, and they’re more at risk for dangerous behaviors. Feeling constantly socially connected can be a negative thing when those social connections aren’t positive. For troubled teens who are already dealing with mental health issues, this impact is even more damaging.

Teenagers who use social media can have an intensification of any depression symptoms they have. One study found that more than three hours of social media use led to an increase in depressive symptoms among teenagers. While the intent of social media is to get teens active and connected, it can actually cause the opposite. Many experience fewer social activities and an increase in loneliness as a result. While a direct connection between depression and social media use is not yet established, an indirect correlation has been found and is being explored.

Similarly, teens can feel tremendous anxiety due to social media. Their accounts have a strong emotional investment, and they feel like they need to respond quickly when someone messages them or comments on their post. This can increase anxiety. In addition, they may feel pressure to get a post just right in order to draw more likes and interactions. Again, this increases anxiety. Make a mistake online, and it’s hard to walk away from, adding even more anxiety to the mix.

Finally, social media can be a source of jealousy for teenagers who may not be equipped to handle that emotion. When they log on and see pictures from a party they weren’t invited to, it can increase those feelings and make them feel as though they are not worthy. When they see posts of a big vacation, new tech gadget someone bought, or the new car their friend’s parents bought for them, it can create feelings of discontent.

Social Media Use and Bullying

As previously mentioned, social media can make bullying more intense. Teens can’t get away from their bullies when they’re connected via a social network, and that has a strong impact on their overall mental health. The depression and anxiety common with bullying intensify when there is no escape.

Not only that, but social media can make bullies more aggressive. Where teasing at school may be limited, online teens have less of a filter. Thus, it’s not uncommon for teen bullies to say things they would never say in person, such as encouraging suicidal thoughts or telling someone they’re completely worthless. Parents are often unaware that these things are happening until the negative thoughts have gotten out of control.

Social Media Use and Body Image

Teen self-image is an important part of healthy development. Good parents want their teens to accept who they are, regardless of how they look. Unfortunately, social media can damage a teen’s self-image and make them overly invested in their body image.

Social media is usually the “highlight reel” of life. People don’t post their messy kitchens or just-out-of-bed hair. Rather, they clean, tidy, and perfect before taking a picture and posting it.

What this does to teenagers, especially girls, is creates an unrealistic expectation for perfection. They don’t see what their social media connections look like when everything’s not perfect, and thus they think that they should look perfect at all times. This can lead to a negative body image, which can have far-reaching effects.

Social media can allow connection between a troubled teen and the people who make the teen’s issues worse. Friends who are a negative influence, an abusive boyfriend, a bullying peer, or even someone offering access to drugs or alcohol are all more accessible with social media use.

For parents, spotting the signs that social media is causing their teens problems is not always easy. Many reports they had no idea that their teenager was spending so much time online or are having problems because of their social media use?

First, watch for signs of addiction. Does the child have the inability to put the phone away? Is posting to social media more important than spending time face-to-face with the people in their lives?

Second, does your child’s mental health seem to be suffering? This can be harder to spot when living with a troubled teen, but social media can often be the cause of the trouble. Are you noticing increased signs of depression and anxiety? Are your child’s mood and personality changing significantly? You can often notice your teen pulling away from their friends or family as a symptom of this problem.

For girls, body image can be another sign that they are consuming too much social media. If a teen suddenly becomes obsessed with being skinny or getting a perfect look, it may be time to take a closer look at their social media accounts.

Another warning sign, especially with girls, is the desire to find a boyfriend or girlfriend. This is known as partner seeking, and it can indicate that social media consumption is hurting your daughter’s self-image and overall development.

Finally, pay attention to whether or not your child is becoming isolated. Social media is great for making face-to-face relationships stronger, but it should not substitute for those friendships. If your teen is becoming isolated from friends and family, preferring to interact with them online instead of in-person, then it’s time to intervene.

How to Help Teens with Social Media

Social media platforms are here to stay, and it may not be wise to tell a teenager that they can’t have it at all. Parents must learn to set guidelines, and insist their children follow those. Here are some tips:

Healthy social media use has its benefits. Too much social media use can negatively impact teens and their development. Set a good example with your own social media use, and teach your teens about the positive and negative effects of social media. By doing so, you will prepare them to navigate this world safely.

GET HELP NOW
PrevPreviousHow to Help a Teen with Anxiety and Depression?
NextHelp: My Violent Teen is Getting Out of ControlNext
Sponsored Stories