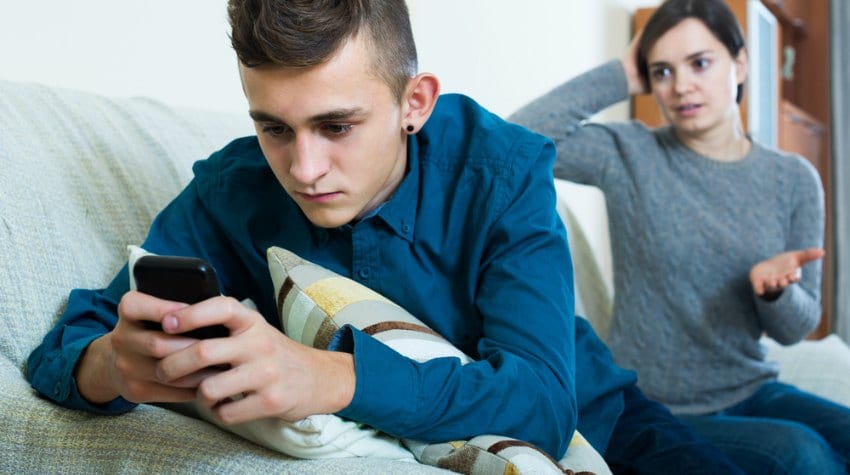 The main problem with schools and programs for troubled teens are not the programs themselves, but the biased reporting of the schools by the media (irresponsible reporters and journalists who have a bias). Parents don’t need to be lied to, they already have enough to consider. Instead of creating hysteria through misinformation, the media should stick to integral reporting and stick to the facts, keeping their personal opinion and political agenda to themselves.

At Mount Pleasant Academy we think parents of troubled teens should be concerned about schools and programs of troubled teens. Without a doubt parents need to be concerned! All parents’ seeking/researching an out-of-home school or Boarding School for Troubled Teens for their Struggling Teens should be diligent, exhaustive, and leave no stone unturned. This is a huge undertaking and it requires due diligence, determination, and hard work.

Parents should be skeptical, and willing to ask the tough questions. We suggest that the parent seeking a school for troubled teens should hire an educational consultant to ensure that their child is enrolled into the right school providing quality services specific to their child’s individual needs.

Schools and Christian programs for troubled teens are leery to open themselves to the media due to the past negative press that the liberal press has created via misreporting. Are there schools that need to be regulated and watched? Are there schools that are abusive and need to be shut down? Absolutely. However, if you listened to the media you would think that ALL schools were abusive and should be shutdown.

You would think that our world has gone hog-wild crazy and that we need to immediately march into every private boarding school for troubled teens and shut them down immediately. The truth is that the specialty school industry has grown because there are many schools that are integral, practice ethically, and they are getting awesome results. They are turning around troubled teens and leading them through the process of growth and restoration. Many schools are doing tremendous work and the results they are achieving are nothing less then miraculous.

Then why all the hysteria created by the press? Why would they purposely lie and exaggerate the problem and attempt to bash ethical businesses? Does hype work (negative press)? Empathically, “Yes!” Basically, many in the press operate under a liberal slant and propagate their agenda through fear and hype. Any topic that they could use to promote their cause is fair game. Over the last decade there have been cases of abuse. However, the liberal slanted media are using those isolated cases to prop up their contention and undermine the parents’ right to choose.

I believe that those who write the hyped up stories about troubled teen schools hope to create fear in the hearts of parents who are desperate for answers. These liberal journalists use their pens as a weapon, attempting to undermine the rights of others. The problem is that these journalists are biased, unfair, and write unbalanced portrayals of the specialty school industry.

Fear is a tool that the liberal press has used for decades to advance their agenda. What is there agenda? To promote child rights, and to undermine family rights. For example, the liberal press would like to see any child under 13 able to walk into any abortion clinic and get an abortion on demand without the parent’s knowledge or consent. Additionally, the liberal press does not believe that parents should have the right to place their child in a program for troubled teens. These journalist are radical in the belief and committed to their cause. They feel justified to attack integral schools as long as they can advance their agenda. Everyone who stands against the liberal slant is fair game and open to attack.

Schools and programs providing services to troubled teens are braced and prepared to get unjustly and unfairly appraised by the liberal media. So why should they befriend the media and open themselves up to a potential hatch job? This pattern of abuse from the liberal press is well documented. Schools and programs have had to go to great measures to protect themselves and their clients from the biased attacks launched by media advocates who believe their mission is to champion child’s rights.

Additionally, most parents who have placed their child into a private school want their family’s matters to remain private. Most private schools operate under a veil of secrecy but only based on their clients desire to keep these matters private. The liberally biased media use the “confidentiality” issue as a bat to beat the schools over the head claiming that their secretative practices are devised to cover up abuse. Nothing could be further from the truth!

Parental watchdog groups are also used as pawns by the media to further propagate misconceptions and misinformation. In some cases it could be argued that members of the liberal media have declared war, using parental watchdog groups as their ally. Who are these parental watchdog groups? Some are legitimate and do a great service to parents and schools. Watchdogs like this actually help the specialty schools by policing the industry. I can guarantee you that the legitimate schools don’t want to see the unethical schools illuminated just as much as anyone else. Let’s just not throw out the baby with the bath water, and instead, work together to rid the industry of the unscrupulous schools.

Some watchdog groups have a bone to pick and an agenda to pursue. Most of the outrageous illegitimate watchdog groups are supposed “survivors” of abusive programs. They claim to have been severely abused. In some cases, these survivors have legitimate issues and due to their being abuse need mental health help. Based on their behavior and actions it is clear to see that these people legitimately need treatment for mental disorders. Others, however, are just vindictive and have their heart set on striking back. They would never consider the truth as something that could work; therefore the present false and malicious attacks (not unlike the Palestinians terrorizing Israel). Nonetheless, the point should be made that the liberal media has capitalized on the abuse and pain suffered by a very few individuals in order to exaggerate and inflame a make-believe crisis with the intent to advance their agenda.