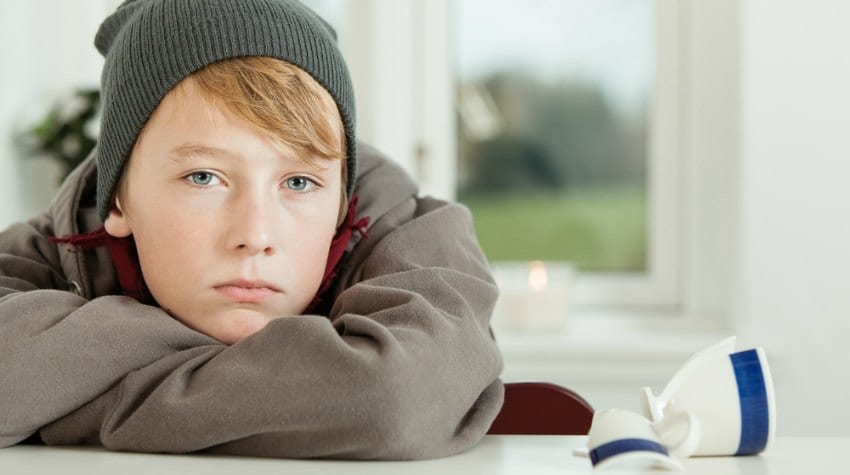 I am honored to have this guest post by my friend Dustin Tibbits the executive director at New Haven RTC , a treatment facility with recovery programs for adolescent girls and young women experiencing emotional or behavioral difficulties. All I can add is Dustin has done it again, read the entire post it is very powerful. You may follow Dustin on twitter at @NewHavenRTC

Julie had worn only black clothing. She lied constantly about sexual abuse and cut on her forearms weekly. She had attempted suicide by overdosing on painkillers. That had been the final straw for her parents. They’d sent her to a wilderness program and then to New Haven. Julie was diagnosed with budding borderline personality disorder traits. Psychologists do not agree upon what causes borderline traits in teens. I prefer a systemic view – both for its description of how personality disorder traits form and for the effective interventions it offers. In therapy, Julie revealed that her father had been unfaithful to her mother and distant from the rest of the family during Julie’s formative years. Her father and mother had separated for a year when Julie was nine years old. Julie’s mother had contracted cancer during that same year. As a doctor, Dad was away from home for long periods of time. Yet even when he was home, he was emotionally distant and critical. Dealing with the fear of death caused by her cancer diagnosis, Mom would draw close to her children; bouts of depression, however, would make her emotionally unavailable. This family system was extremely difficult to navigate for an already overly sensitive, dramatic child like Julie.

One of the hallmarks of borderline personality traits is a fear of real or imagined abandonment. The result of living with this constant fear is a feeling of perpetual emptiness and what I call the “borderline drowning reflex”. Julie thrashed about emotionally, as if anchorless in a sea of abandonment. A string of poor relationships with boyfriends as she grew into adolescence further confirmed what she feared: everyone she loved would leave her eventually. She was unlovable and destined to be lonely her entire life. If that was the case, she reasoned, why not be done with it and end life now? If she left them before they left her, maybe it wouldn’t hurt so badly. When Julie attempted suicide, she swallowed a large quantity of painkillers. Her mother found her and called the paramedics. When Julie’s father arrived, Julie was fighting with the paramedics who were attempting to strap her to a gurney so that they could remove the poison from her body. In an attempt to save his child, Julie’s dad removed the belt from his waist, looped it around one of her arms and tied her to the gurney. He would later tell me that the look in her eyes as he strapped her down with his own belt haunted him for months.

Treatment For The Fear of Abandonment

Throughout treatment, I attempted to create experiences for Julie and her family which would foster emotional communication and bond them to each other. It is very difficult for a young woman struggling with the fear of abandonment to feel connected. But when she participates in an emotionally powerful event – a shared experience with those most important to her – it is very difficult for her to deny that connection in the future. An experience is something that cannot easily be taken away or forgotten.

As an example, after months of treatment Julie, her parents, and I had gathered on a hot summer day in July to participate in a special ceremony designed to symbolize the cleansing of the past and to celebrate the beginning of a hopeful future. We lit a bonfire in the cherry orchard at the back of New Haven’s property and watched as Julie burned her black clothing, short skirts, CDs of depressing music, and the straight-edge razors with which she’d cut her skin. The symbols of her abandonment were consumed by the flames of the fire. When Julie was finished, Julie’s mother unexpectedly held up an empty bottle of painkillers – the painkillers on which Julie had overdosed – and said she was burning it because she trusted that Julie would never again attempt to take her life. When his wife had finished, Julie’s dad slowly removed the belt from around his waist, wound it around his fist then thrust it over the fire. He said that he was burning the “horror” of being forced to strap his oldest daughter to a gurney with his own belt. “I’m moving on,” he said, looking at Julie, “and I invite you to do the same.” Then he threw his belt into the burning cherry logs. Julie ran to embrace her father.

This was a hallmark event for Julie and her family. It was a powerful, positive bonding experience which could never be taken away from them because they had lived it – together. The burning ceremony and other therapeutic experiences like it addressed the issue of abandonment at the core of Julie’s borderline traits, and she completed her healing. At a four year follow-up, Julie’s parents are happily married and Julie is successfully completing a bachelors degree.